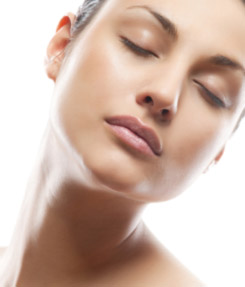 Would I Benefit From Submental Liposuction Surgery?

If you look into the mirror and don’t like that double-chin and the heavy, thick appearance of your neck, you may be an ideal candidate for submental liposuction surgery. Dr. Corrado’s patients typically have the following concerns:

What is Submental Liposuction?
Submental Liposuction addresses the excess fat deposits that accumulate under the chin, often referred to as a “double chin”. It removes this excess fat making the chin area younger-looking. This is commonly performed in concert with a facelift to enhance the overall appearance and achieve the most natural-looking results.

After Your Submental Liposuction:

What are the benefits of Tumescent Liposuction?
Local anesthesia used in the tumescent technique for liposuction is so effective that patients no longer need intravenous sedatives or general anesthesia. Neck liposuction can be performed safely and effectively in the comfort of our in office surgery suite without the risks of general anesthesia. As a result of the widespread capillary constriction caused by the epinephrine in the anesthetic solution, there is minimal bleeding during and after surgery. This leads to profoundly less swelling and bruising. This is a major improvement in the liposuction technique compared to the older methods that simply use general anesthesia.

Dr. Corrado serves patients from the greater Delaware Valley area such as, South Jersey, the Jersey Shore, Philadelphia, the Mainline, and Delaware County. He also offers care for out of town patients as well. Dr. Corrado offers the latest advances in the fields of facial plastic and reconstructive surgery and cosmetic surgery. He provides his patients with the full spectrum of facial cosmetic and reconstructive procedures. His areas of special interest include laser skin resurfacing, facelift, mini facelift, blepharoplasty, and facial fat grafting. Schedule your consultation with Dr. Anthony Corrado by calling 1 (877) 481-FACE (3223).