The Best Facelift for Younger Patients

The Best Facelift for Younger Patients 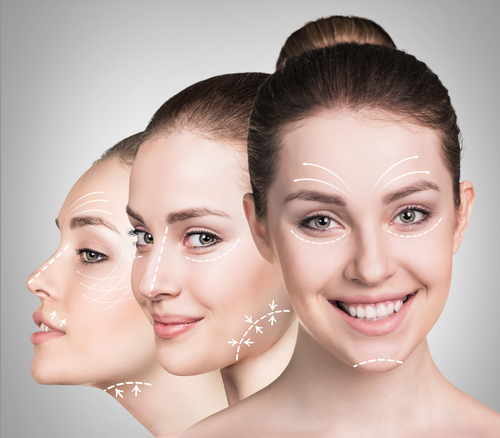 Facial aging can begin as early as one’s 30’s and may be accelerated by lifestyle habits such as sun exposure or smoking. For patients that have the beginning signs of aging, they may not be satisfied with the level of correction that dermal fillers provide. When choosing a facelift for younger patients, it’s best to start with a more targeted approach, rather than augmenting the skin and tissues that do not need it. The following will describe the type of facelift that is recommended for a younger candidate.

What Facelift is Best for a Younger Patient?

For the majority of patients, early aging starts in the midface. A mid facelift will target the area between the lower eyelid and the upper lip for a lighter correction that is sufficient for a younger patient with minimal signs of overall aging. This facelift is a good choice especially for those who think they may want a full or traditional facelift in the future by only addressing the current area of concern.  A mini facelift is also an option for patient that are showing early signs of aging in the face or neck.  The mini facelift provides patients an overall refreshed and rejuvenated appearance without the downtime of a traditional facelift.

Factors to Consider Before Having a Facelift

Before any cosmetic procedure, you need to think about the potential risk or implications that may come with it. To lower your risk of complication, it’s important to refrain from smoking several weeks prior to surgery and avoid any medication that could increase bleeding. Additionally, a patient preparing for a facelift should make proper hydration a priority during this time. Taking these necessary steps will help you to lower any associated risk and aid in recovery.

The Possibility of a Second Facelift Later in Life

A mid facelift performed by a qualified surgeon will provide you with the right amount of correction you may desire in your 30’s and 40’s. However, as you age you may decide to have another procedure, making it even more essential that your surgeon has a certain level of training like Dr. Corrado. This is because going back in and working with previously operated tissue is far more complex. Dr. Corrado’s finely tuned skill and deep understanding of facial anatomy have established him as a leader in his field and sought after by patients.

If minimally invasive procedures are unable to provide just the right level of correction for your concerns, a mid facelift may be right for you. Patients interested in learning more about options for facial surgery are encouraged to contact Corrado Center for Facial Plastic & Cosmetic Surgery today to schedule a consultation.